How we got started

On a lovely day in the spring, I was driving back from the meeting with our first client 484 Music, a CD shop in East Atlanta. I needed a name for the new start up, and was giving it some thought when it occurred to me we do not simply provide web design, but a complete web solution for clients that includes every portion of modern web development. OK, solutions. Then my Persian Longair/Siamese cat Sophia came to mind.

Sophia had been with me since the time I had first moved to Atlanta. She was a rare all black throw back to the origins of Siamese cats. Her mother was an all white Persian Longhair, and her father was a Siamese. She had a litter of 6 and the following year a litter of 7, the mother of 13 all black kittens.

She was named for the love of Wisdom in Greek, and became true to her name. And in part due to her inspiration Sophia Solutions was born.

The 484Music.com site launched a few weeks later and in a short while topped the charts on Google at #1 for "cd music". From the beginning I had designed sites with full SEO in mind, which bore fruit in Google rankings for those early projects. There were of course many experts with theories about how to game the search engines, but I had learned that correct design and layout elements with relevant content and titles were the real keys to success.

I had worked as a full stack developer from the beginning, so had become necessary to become fluent in web design, SEO, copy, graphic arts, database design and development as well as programming. This actually served well to prepare me for running a start up, and over the next few years terrific clients arrived with unique requirements for their web projects.

From the beginning clients became web development partners. It was my job to take their dreams and turn them into a reality. But to make development relevant it was very important to first define what their requirements were, then develop solutions that would bring those requirements to reality.

My first office was a door from the basement supported on milk creates and a kitchen chair. Sophia Solutions launched on a free web hosting site as a single pager until I could get hosting set up and a real site built. About a year later I got my first office chair as a present!

In the first meetings with clients just about everything was conducted by phone. Sometimes we would have our first metting in a local Atlanta restaurant near where they worked, but eventually clients from Massachusetts, Texas, California, Tennessee and other states were arriving, and everything became virtual. Clients enjoyed the convinience of being able to conduct contract agreements and subesequent reviews from their own desk without the need to travel to do so. This was really a no brainer. Meetings where we all met in person generally took up the better part of an afternoon for everyone involved. It was easy to see this was simply not a very effecient use of time, and later most clients were located in states coast to coast. So yes, we are one of the few Atlanta teams that understands when people work virtually, production inreases and the quality of life improves dramatically.

Web Design went through some heady days where styles were being hashed out, and often clients had their own design work completed before we met. Working with Design Partners was very productive, and allowed me to concentrate on web projects more closely. Sometime in 2012 a client turned me on to Twitter Bootstrap and it just made sense. Mobile-first responsive design was relatively new, but it made sense to take the time to create sites that were accessible on all devices from smart phones to giant projection screens.

An early project MyDesignBuildProject.com evolved into an enterprise site that served as project management tools for high-end US remodeling companies. Business Consultant Joe Dellanno and I collaborated to build a project that powered file sharing, messaging, image galleries and business measurement tools that utlized his business training. One important aspect was delegating tasks to modules for Gate Keeper, Sales, Design, Communication, Marketing the company's CEO as System Keeper. Vendor modules were created that allowed the team to assign unlimited Vendors to their projects and in turn grant them access to the projects they worked on.

I had begun web dev working with MS Access databases on Windows Servers, but for this project it was time to transition to MySQL relational databases. There was a bit of a learning curve, but MySQL actually proved to be much easer to develop, and it allowed us to scale projects deal with large amounts of data efficiently, and also to work on more web server platforms.

Project definitely took on a life of its own. During the first months Joe and I met with all the team members from the companies on board once a week in a Lunch Date. During these meetings members came up with ideas for features, and we quickly implemented their suggestions. We learned that this was the most efficient way to grow the application with features that would actually be used daily, and in turn Project evolved into an enterprise web application running 13 unique modules serving 26 companies spread across the US.

The most recent developments have included picking up Googles Material Design to add another layer of nice touches for our sites. We are also in the process of developing Digital Marketing tools to offer cilents a wider range of services that will help their projects reach more viewers and engage them more meaningfully. 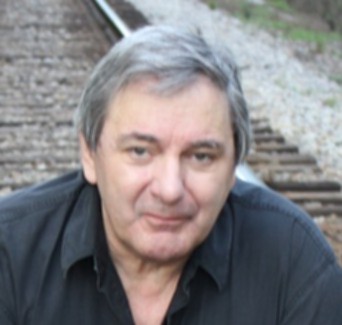